documenting my life, thoughts and tips, as a 20-something woman trying to figure out her life's true purpose

Rosh Does: My First Month in Ibiza 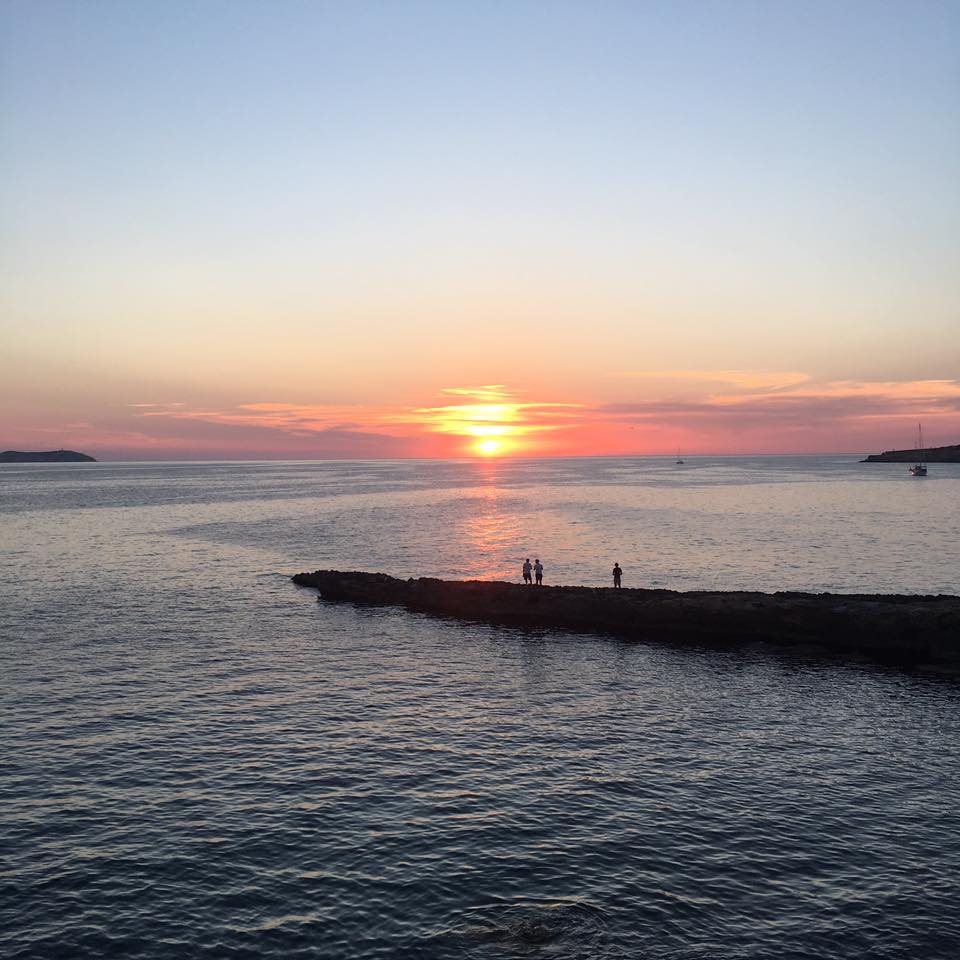 My first month in Ibiza has gone so fast, I genuinely cannot believe I have been living here for a month already. This month has gone so quickly I want the rest of the months to slow well down. As I still do not have wifi in my apartment yet, and limited access to a laptop (currently typing this all up on my roommates’ laptop) I will try to write a post every month to keep you all updated with the Ibiza craziness.
Week 1
After months of talking with the five girls I will be living with for the season I finally met four the girls in my first week. Shelley from the Toon, Bracken from Falkirk, Christina from South London and Rachel from Nottingham, as expected they’re all lovely and seem pretty sane!
The day after I landed Bracken and I spent the day job hunting, I had prepared and printed CVS and had already received my Spanish National Insurance number (NIE), which you need to work out here, from the Spanish consulate in London. Prior to flying out to Ibiza I did have a commission based job lined up, but being as it is my first season in Ibiza I wanted a job that paid a basic wage, which you could build on with tips and commission.
As you all know I am a firm believer in the law of attraction, and the Universe must have been working in my favour as having attended my second recruitment interview I landed a daytime PR role at Linekers Bar! (Go me 😊). I needed to get my social security number from Ibiza Town, about a 30 min taxi drive from San Antonio and so because of this I had three days before I started work. Me and the girls went Defected at Eden, Magna x Faction Opening at Eden and Cuckoo Land at Ibiza Rocks Hotel.
Week 2
Officially completed my first week at work, kept my ass inside and didn’t go out at all, just to get myself in the right routine for the 6 days a week 12pm-8pm shifts.  My role at Linekers is a PR, which basically means I stand outside the bar, speak to passers-by offer them daytime drink deals and try to entice them to have a few inside.
As well as completing my first week at work another adult hurdle I overcame was doing my first food shop in the local supermarket Eroski. It’s officially the case that I’ll be living off egg mayo sandwiches, pesto pasta, mini croissants, kiwis and nectarines for the next 3 months.
I’m finding it quite difficult to remember to eat, don’t know if it’s the heat, the odd working hours or what but the Ibiza diet has started to kick in! We haven’t got an oven in our apartment either which limits the type of food we can make, how I would kill for an oven baked sweet chili salmon and some garlic and herb roast potatoesssss (L)
Week 3
I turned 25 out here on the 21st June and my sister, cousin and two friends from home came out for a holiday and to celebrate it with me. As I work in the day, I managed to get to spend two full days with the girls, on the Tuesday we went to #KISSTORY at Ocean Beach and on the Thursday, we had a beach day at Formentera an amazing beach 1hr 30min boat ride from San Antonio Marina. Both days were lit AF! You can see mine and the girls’ amateur photoshoots (LOL) on my insta @roshdorsett.
After the girls leave homesickness really does kick in, I’m not one to cry, but I felt so low and even contemplated going home. I felt better  though when I facetimed other members of my family who told me that it was the same old same old  back home, and that the experience of Ibiza was miles better than having the Ibiza blues in Luton!
Week 4
I have caught some serious sun; your girl is glowing! It’ll be probably down to the fact that I don’t wear sunscreen (I’ll explain why in a separate post) and use organic coconut oil as moisturiser every day. It contains natural SPF ladies and gents, you can buy some from Coconut Merchant here.
Two of the girls I have been staying with left this week as they ran out of money. Sad times ☹ On the plus side, I’ve found a Spanish tutor to teach me written and spoken Spanish three days a week for the duration of the season. I know very basic Spanish from the few lessons I do on Duolingo and having spoken with a few locals at the green groceries and at work.  I know how to say where is, do you have, without ice, glass, cold water, pints, here, there and everything is well in Spanish. Give me three months and I’ll be rapping Lil Kim’s verse in Put Ya Lighters Up hahaa
The decision not to wear sun cream has finally caught up with me though as I’ve started to peel on my shoulders ☹ Good thing I brought a few pairs of exfoliating gloves with me, because I’m still not going to wear that sunblock – include Giselle commenting about sunscreen
I have started to get into the swing of working eight hour shifts on less than six hours sleep, as you can imagine trying to get a good night’s sleep in an apartment block with over 20 apartments is quite hard. I’ll be able to sleep through a rickter ten thunder storm by the end of the season…but even though it’s nuts living in Azul I love being an Azulian.
To stay up to date with my Ibiza life, follow me on Twitter and Insta

SHARE:
Posted by roshsrambles at Monday, July 03, 2017 No comments