documenting my life, thoughts and tips, as a 20-something woman trying to figure out her life's true purpose

Woah! So it all kicked off last night on the latest episode of Celebrity Big Brother between housemates: ex The Apprentice contestant Luisa and N-dubz singer songwriter Dappy. 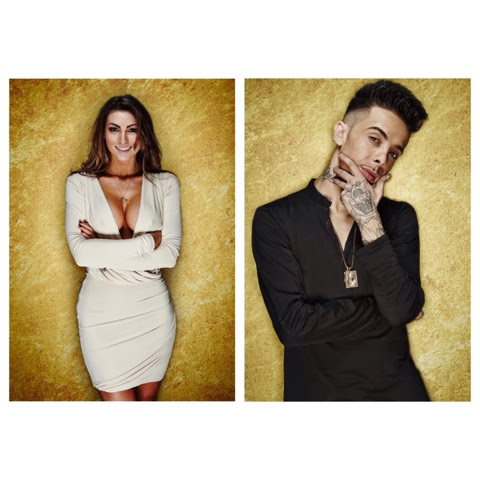 How the argument started


So as shown above the argument begins because both Jasmine and Luisa did not agree with Dappy's opinion that it's ok for a man to have multiple sexual encounters but for a woman to do so she should be labelled a 'hoe' or a 'slag'. Now, I do not agree with the underlying meaning of Dappy's comment that women should not be seen as equal to men. It's after all her body she can do what she wants with it as men can do what they want with their own.

However, Luisa then goes on to label Dappy a "sexist chauvinistic bigot" and a "disgrace to women", which I do not agree with. Dappy shouldn't have insinuated that she was a slag and she shouldn't have called Dappy what she did. In order to be equal we should all treat others how we want to be treated, no?

Furthermore, I question whether she herself is not belittling her own equality argument with statements such as "he shouldn't speak to me like that because I'm a woman". But it's ok for her to speak to him like that? Hmm. Luisa then takes it to a whole new level by assuming Dappy's mother will be ashamed of his actions and comments. To which Dappy responds questioning whether her family, more specifically her daughter, would be proud of her sexual encounters, to which Luisa has no answer.


The argument reaches its peak

In this video (click here) (at around 1.21) you see Luisa go to launch her water bottle at Dappy. An aggressive act no? Yet it is Dappy who is labelled aggressive by Luisa and Jasmine. Pot kettle black? Big Brother should have called her into the Diary for that, as if Dappy had gone to throw something at her, he 100% would have been reprimanded for such behaviour. Fact.

Contrary to Luisa's assumptions, I don't think the entire nation is in agreement with her. I believe she thinks that because she is well-spoken and can put her point across in a seemingly non-offensive manner it's right for her to say what she wants. Even, quiet Lionel Blair reached his peak for her seemingly joking (yet offensive) comments about the older members of the House.

Overall, the argument put neither of them in a favourable right, but I don't think Dappy is sexist at all. Both Dappy and Luisa have since apologised to eachother, but it will be interesting to see whether this argument will have ramifications for both of them on the outside world.

*In other news, Lee Ryan is soggier than an limp Iceberg lettuce.
SHARE:
Posted by roshsrambles at Sunday, January 12, 2014 No comments